Personal Message For Walt Bayliss That Can Help Him Get One Of 3 A-Lister Copywriters Write Copy For Him and Explode Profits With PR Rage 2.0 Launch On July 30th… Or Even… If He’s Quick Enough… “Prospect Dynamic”  Launch On May 7th… Despite “Coronavirus Crisis”!

Dear Walt,There are 3 A-list copywriters… you could hire at these turbulent times at bargain-basement prices to craft sales messages for your next product launch… and… help you thrive wildly during this “Coronavirus” crisis!

All three of these copywriters have 2 things in common:

Let me introduce them to you:First copywriter’s name is Evaldo Albuquerque. Evaldo is a Brazilian native and he happens to be the…

Top Money-Maker In The History of The Largest… Multi-Billion- Dollar… Direct Response Company in The World – Agora Financial!

A true talent.Over the past 3 years, Evaldo’s sales copies sold over $130 million worth of products.

To quote Agora’s copy chief Joe Schriefer, that is something he’s never seen anyone do in his 20-year career with Agora.“In 2016, after one of Evaldo’s sales letters made over $37,000,000, Agora’s executives offered him a 10-year contract which he gladly accepted. With 6 years left to go, it’s safe to say, he’s not taking freelance clients anytime soon.Anyway.The second copywriter’s name is Shibah Adebisi.Shibah is from India. His success story is a bit different from Evaldo’s. A few years ago, Shibah enrolled in Bob Bly’s copywriting mentorship program.

Bob is a legendary copywriter. He’s the author of multiple business bestsellers including The Copywriter’s Handbook: A Step-By-Step Guide To Writing Copy That Sells

Bob instantly recognized his student’s raw, cash-producing writing talent. So much so, by the time the mentorship program was over…

Bob Bly Offered Him a Full-Time Job at His Publishing Company!

By the way, Shibah is the only one of over 1000 students (both native and non-native speakers) to ever enroll in Bob’s program… who was offered a full-time job at Bob’s publishing company. This guy’s schedule is now chock-full for at least a few upcoming years. You won’t be able to get him in the foreseeable future either.The third copywriter’s name is Areg Nersisian. Areg operates in the internet marketing niche and as of this writing, he happens to be the…

Areg was trained in the art of crafting high-converting sales letters by Bond Halbert. 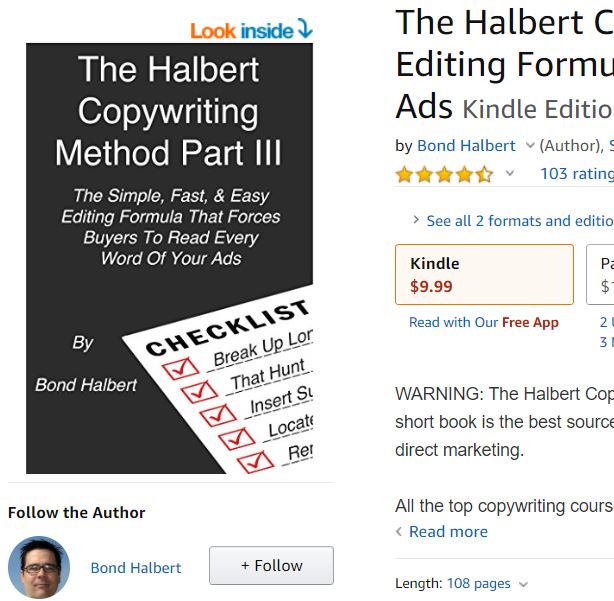 Bond is considered to be the gratest copywriting teacher on the planet. He is also the author of the modern copywriting classic “Halbert copywriting method V3” and happens to be the son and main protégé of arguably the greatest copywriter in the recorded history – legendary Gary Halbert

And since 2015, Areg has been working with Bond on a fairly exclusive basis. During this time, Bond thought enough of Areg’s skills to pay him a retainer fee to write copy for him.

Areg wrote a lot of profitable copy for Halberts (for thegaryhalbertletter.com, halbertising.com, bondhalbert.com.) He still works with them from time to time and Bond has been an excellent mentor and a friend to Areg.

As a matter of fact, right at this moment, Areg is working on 2 pieces promoting the $147 marketing and copywriting membership group of Halberts, called Halbertizing.Anyway. Even though Areg specializes in writing copy in the IM niche, he’s also produced some home runs for mainstream, brick-and-mortar companies.For example:If you’ve been in Los Angeles somewhere around September-November, 2019 you’ve probably seen the direct result of Areg’s work.

I’m talking about the… 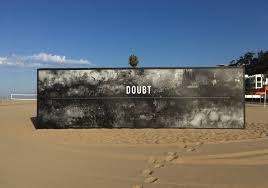 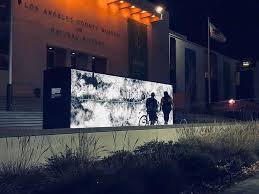 Light the Barricades is an interactive public art installation that re-imagines the wall as a site for contemplating our inner obstructions. In fall, 2019, It was one of the biggest attractions at the very heart of the entertainment center of the world. (Los Angeles.)

50 million people saw this 4-piece installation (on- and off- line). But very few know, how this project came about in the first place. In reality, it came to fruition due to a promotional campaign Areg put together during his stint as a marketing director for a sign-making company in LA, called Front Signs

That campaign pulled in $9, 000, 000 worth of business for Front Signs in the span of just 2 months but…Even more importantly… One of the promos Areg cranked out for Front Signs reached Anita Annenberg (lady on the left in the photo below.) 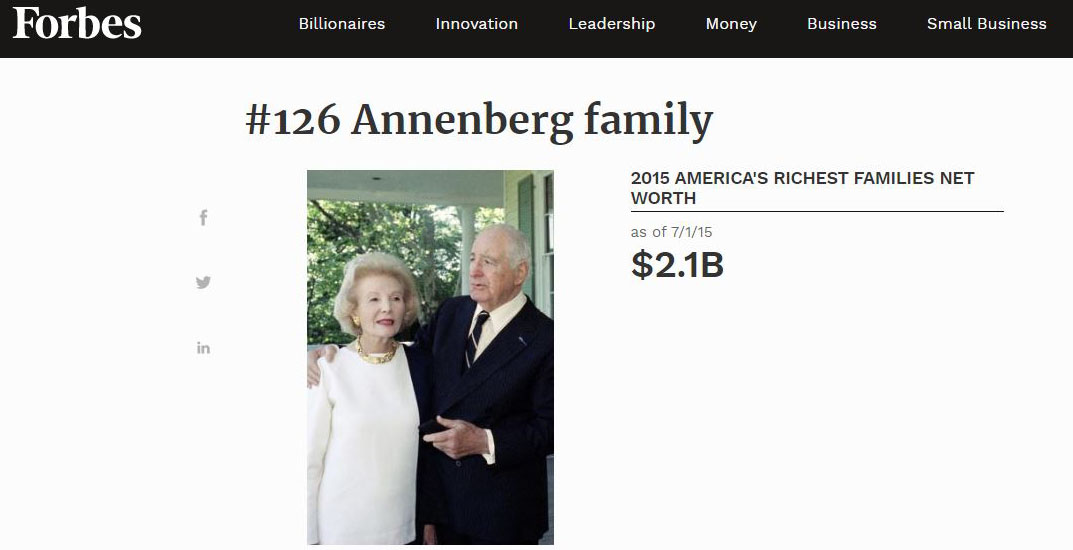 Annenberg Inc is owned by The Annenbergs ranked by Forbes as the #126th richest families in the USA.

After reading that promo Mrs. Annenberg instantly hired Front Signs to co-produce “Light The Barricades” with them.

But that wasn’t the end of it.Thanks to the marketing campaign Areg put together for this project alongside Annenberg’s marketing team…

The publicity this project generated turned Front Signs into one of the most in-demand signage-fabricators in the entire United States. It attracted clients such as FedEx, Disney, MGM, Coca Cola, Honda, LG, Los Angeles Times and many other household name companies… resulting in tens of millions of dollars in revenue!

Or maybe… If you watch Fox News, you might have seen one of the products Areg was promoting featured on their most popular show. The product is called NytStnd. It’s a docking station crafted from eco-friendly materials allowing you to charge multiple Apple devices at once. The series of copies he wrote for this one generated over 8.7 million dollars in sales. But that was peanuts compared to when Areg had that product…

Featured On The Most Widely Watched Morning Show In the Entire US – Fox and Friends… 2 Times! 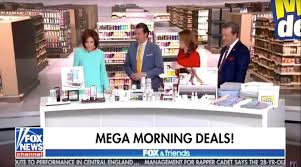 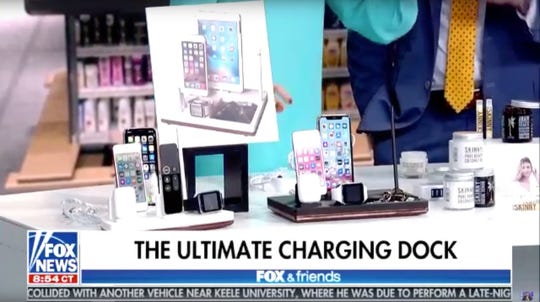 Those two appearances, put “NytStnd” in front of 1,500,000 consumer eyeballs watching the show every single morning. It also, generated $3,344,021 in one hour after it was presented on the show… and… $8,600,000 more over the next few weeks!Or… If you happen to be the subscriber of the biggest copywriting newsletter in the world – The Gary Halbert Letter… you might have seen Areg’s email sequence promoting… the notorious “Las Vegas” seminar!That seminar was dedicated to Gary Halbert’s 80th anniversary. It featured marketing and copywriting superstars such as John Carlton, Caleb O’dawd, Bond Halbert, David Gurgunkel to name a few. The cheapest tickets for that event sold for $5000… and it was

In fact, there wasn’t a single empty chair in the room and some people had to take notes right on their feet!Or… Maybe you’re familiar with one of the biggest online publications on information marketing, Mirasee. If so, you might have read Areg’s article titled “How To Write A Free Report That Sells Your Online Course.”

It was read by over 50,000 people in the information marketing community and was publication’s most shared article in the entire year of 2017. 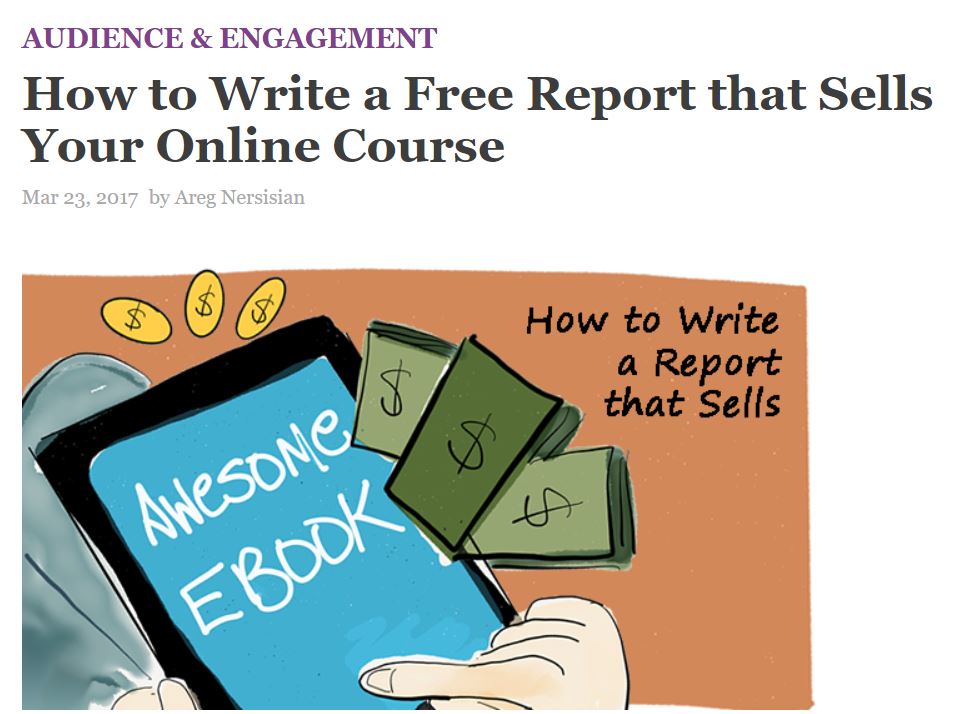 Or… You might have seen any one of the dozens of promotions he wrote for information product launches, lead generation, webinars, sales letters, Facebook ads and emails in the internet marketing niche.Anyways.Of those 3 A-Listers, Areg is the only one operating as a hired-gun.

And the good news is…

For the First Time in The Last 3 Years – You Can Get Him To Write Copy For You… at Bargain-Basement Fees!

Truth is, Areg hasn’t solicited clients in over 3 years.

Most of his clients now come through referrals. (Bond Halbert, in particular.)

In fact, he’s been making a six-figure income working very part-time with the same clients… and spending most of his free time outdoors with his family or friends. Now because of this whole “lockdown situation,” he has quite some extra time (like most of the world) and decided to improve upon that. And he’s got an offer that potentially can make you lots and lots of money during your next launch.

I’m sure Areg will describe the details of the offer better than me… so let me pass this on to him. 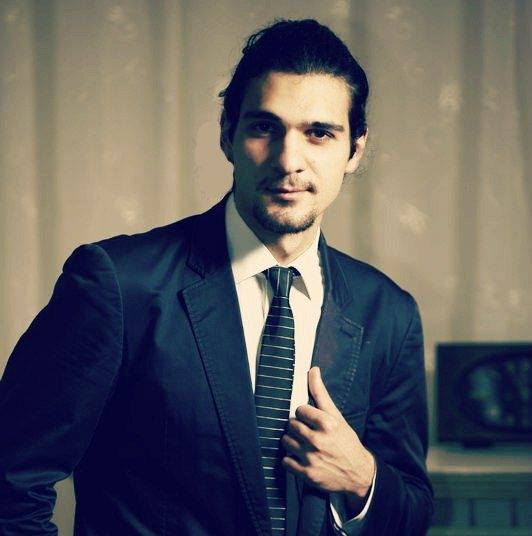 Firstly, I’d like to thank you for checking out this message.

I know you’re busy so I’ll make this brief.

I’ve following your work since the first Hydravid launch. Good stuff! As you probably know by now I’m also a freelance copywriter specializing in writing copies for IM products. And I believe I can help you make more (much more) money from your net launch. Here’s how:Right now I’m looking to put the extra free time I have because of this whole coronavirus situation to good use. I’m trying to expand my network, jump-start my freelance career and start working with a wider variety of quality clients.And in order to get “my foot in the door”… and because I understand a lot of businesses are cutting down their marketing expenses these days… I’m offering my services at highly-discounted prices.The main reason I’m writing you is this:I noticed you’ve got a few product launches coming up.

I believe, there a high chance, I can help you make those launches even more (much more) profitable. And since your “The Man” behind these products I thought contacting you would be a great place to start.What I’m looking for right now, is a way in. Any reasonable assignment.

A “beat the control,” a product launch sequence, lead gen page or something like that.

That way, if I can’t absolutely positively “prove” my worth to you… and… help you make more (much more) money from your promotions, I’m out!

Very little if any risk on your part. If that sounds like something you’re interested in… shoot me a message at:

areg.nersisian@gmail.comTo get a quick review of my copies written for IM products click here.

It leads to the portfolio section of my website. It’s not quite finished, but it’ll definitely give you an idea of what I can do.

I’d like the opportunity to work with you… and… advance my career. Looking forward to hearing from you soon.

P.S. In the headline of this letter, I wrote that what I had to tell you was extremely important and somewhat time-sensitive. Let me justify that a little:

Right now, all that extra free time I have because of the lockdown created some openings in my schedule… and… I want to fill those openings with the highest quality work possible. I believe you can help me do that.

However, I need to move fast! It always seems, that when I do get openings… the vultures swoop in. What I mean by that is… people try and hire me with ridiculous offers.

People I usually won’t consider working with. (Not bad people, just people that don’t value my work properly. My fault for not positioning myself correctly.

However, I sometimes take those offers to pay the bills and my schedule fills up. That’s what I meant by extremely important and time-sensitive. Probably more so for me than you. But it would be nice if I could fill those openings with quality work… instead of filler stuff.